Details of the Rigaud Electric Custom Made Guitar 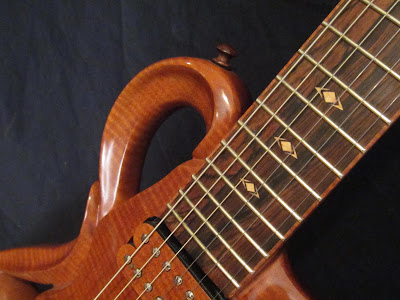 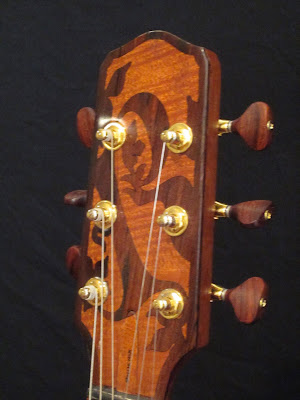 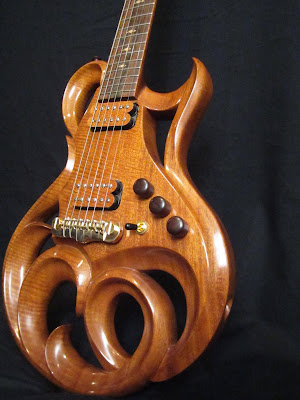 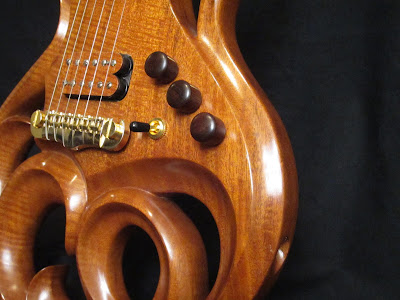 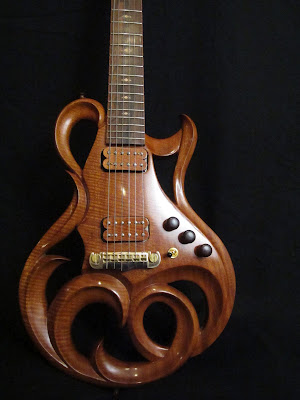 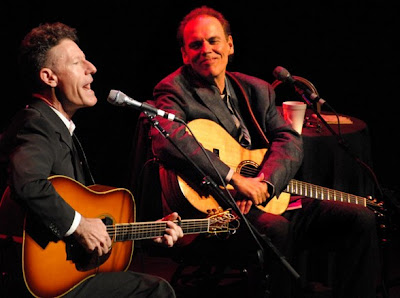 Concert review: Lyle Lovett and John Hiatt at the Orpheum Article from By Bob Mehr (link)

If this music thing doesn’t work out for Lyle Lovett and John Hiatt, they should seriously consider a career in comedy.

That much was clear after the two veteran singer-songwriters took the stage of the Orpheum Wednesday for a nearly two-and-a-half-hour concert that was part musical journey, part storytellers session, and large part stand-up routine.

PHOTO BY BRANDON DILL/ SPECIAL TO THE COMMERCIAL APPEAL

Lyle Lovett and John Hiatt on stage at the Orpheum.

From the outset, the set-up for the Lovett/Hiatt concert held great intrigue. It’s rare to have a pair of established acts, not just share a bill, but share a stage, swapping tunes and tales in such an informal setting. While such double acts often feel like showbiz shotgun marriages, the affection between Lovett and Hiatt was palpable, with each artist genuinely enjoying the other’s music and company — it often felt more like eavesdropping on a pair of old buddies playing around in some backroom than a proper concert event.

Hiatt opened the show with a blazing version of the title track from his 1983 albumRiding with the King. Rife with allusions to Elvis, it set the tone for an evening filled with an endless supply of geographically specific story songs from both men — from Hiatt’s “Memphis in the Meantime” and “Tennessee Plates” to Lovett’s “I’ve Been to Memphis” and “Memphis Midnight/Memphis Morning.” In fact, at times it seemed the two men were competing to see who could deliver the most local references (Hiatt probably won on that count, eliciting the biggest cheers with a reference to the Rendezvous restaurant.)

Beyond the music, the banter between the two performers — which for the first two-thirds of the show seemed to be given equal weight with the songs — was another highlight of the evening.

With Hiatt mostly playing straight man, Lovett peppered and prodded him with questions for comic effect. “I just love to see how your mind works,” cracked Lovett after stumping Hiatt at one point about the use of metaphor in his lyrics.

Although their dialogue was mostly played for laughs, their exchanges often did provide some genuine insight. Asked by Lovett what his steamy, violent New Orleans tale “Walk On” was about, Hiatt responded “scared white people.”

“Have you, yourself, been scared a lot John?” chided Lovett.

“I come by it naturally,” deadpanned Hiatt.

Lovett — certainly the greater “celebrity” — seemed to have the crowd’s attention from the outset, but it was Hiatt who ultimately won the audience over with an unusually dynamic performance, full of forceful guitar playing and the desperate howls of numbers like “Icy Blue Heart” and “Have A Little Faith.”

While Lovett was also in good voice — navigating the jazzy nuances of numbers like “She’s No Lady” and “Skinny Legs” with aplomb — his contributions occasionally seemed breezy and lightweight, compared to Hiatt’s haunted narratives and gruff balladeering.

Trading off on songs for the bulk of the show, the two men finally joined together on Lovett’s “Up In Indiana” and Hiatt’s “Thing Called Love,” which fed further duets on “My Baby Don’t Tolerate” and “Lipstick Sunset.”

Closing the concert with an elegiac rendition of the folk standard “(Ain’t No More) Cane on the Brazos” — a song both men have recorded — it was hard not to be moved both by the music and the personal chemistry between two friends, writers and raconteurs.

Posted by Rigaud Guitars at 6:21 AM No comments:

Rigaud Guitars - John Hiatt and Lyle Lovett back out on tour 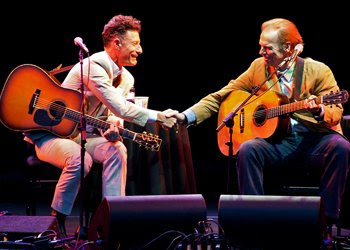 Rigaud Guitars - John Hiatt and Lyle Lovett back out on tour
We at Rigaud Guitars look forward to seeing John Hiatt out with the Custom Rigaud Jumbo guitar Again!!!
Touring info from SoundSpike:

Lovett will be joined on the road by fellow singer/songwriter Hiatt beginning Mar. 7 at the State Theater in Minneapolis and wrapping Mar. 25 at the Saenger Theatre in Pensacola, FL.

Posted by Rigaud Guitars at 3:06 PM No comments:

Rigaud Guitars
Bob Rigaud guitars designs and builds custom acoustical guitars featuring beautiful woods, craftsmanship and inlays. Our custom guitars produce incredible sound – they are exceptional every time. The bracing and structure of each guitar we make is carefully designed. The shape of the body on each model is the only item that is repeated.